A series of paintings primarily focused on the division threatened by the presence of a hard border in Ireland, looking at implementations of ‘Brexit’ and how it will impact communities living in close proximity to the Irish border.

Through a depiction of site specific works of both rural and urban roads, it is also a  portrayal of the mundane. A road sign or road marking may be the only indication of an actual border, therefore I am drawing particular emphasis to the normality of the scene, as an everyday road on a journey leading from one town to the next. Furthermore this documentation of specific border crossing points portrays a commonplace where people can unreservedly travel freely.

I am focused on logistical implications of ‘Brexit’, on what it will mean for the island of Ireland at large, specifically highlighting the uncertainty that lies ahead for the people living in border communities and on both sides. 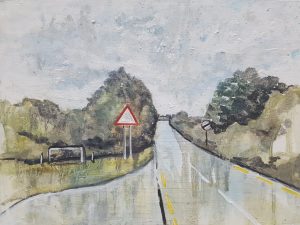 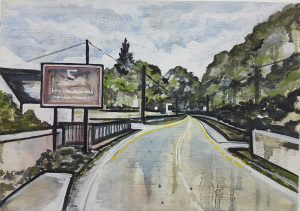 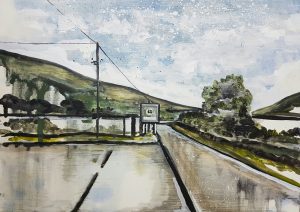 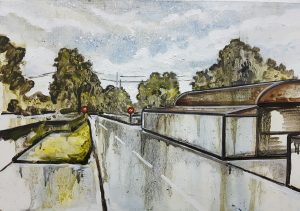 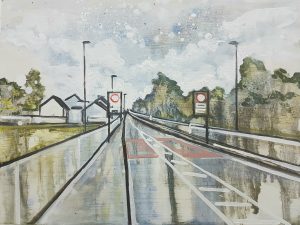 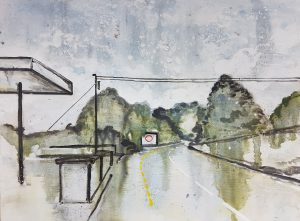 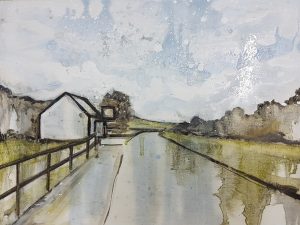 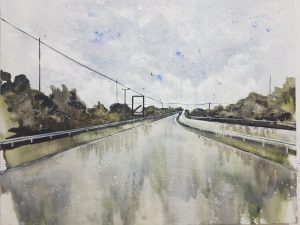