A series of paintings depicting the ‘barriers’, that are still maintained within the North, barriers such as community barriers and barriers of identities. These barriers are represented through a depiction of peace walls, gates at interfaces, Army barracks walls, intimidating murals and other significant landmarks,.  All the works are set in the context of a road side setting to emphasise the key message of a ‘continuing journey’.  Fox creates a subtle juxtaposition between the continuing struggle of the north to assert the Irish identity and the confidence that the people of the ‘Free State’ of Ireland (or the Republic of Ireland) have gained in theirs . Conscience that although he has had some experience of the ongoing conflict as a resident of the north, the artist remains, an ‘outsider’,  in the sense of not having lived through ‘the troubles’. As consequence, the works are not overtly political in nature but resonant and echo with political undertones. The roadside perspective facilitates this subtle approach. 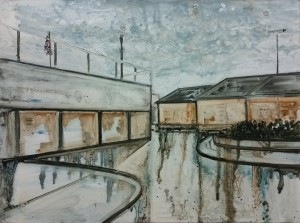 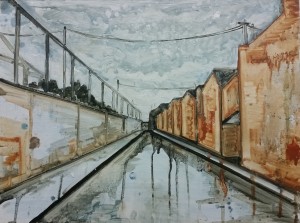 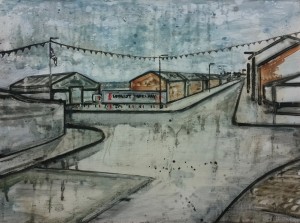 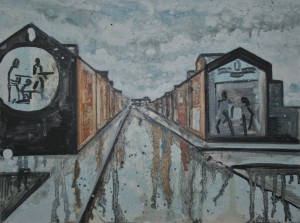 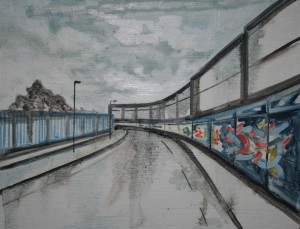 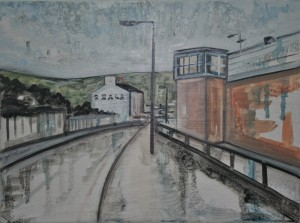 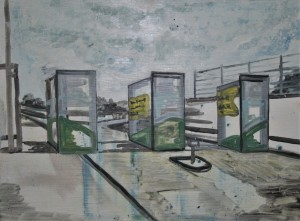 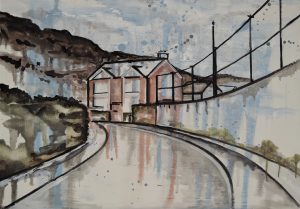